Jesus was their friend.

Jesus had hung out with them for 3+ years.  They had traveled together, ate together, laughed together.  After Jesus was done with the crowds of people, he would turn and walk away with these 12 friends.

Of course, the disciples didn’t have the New Testament, so they didn’t know how the story was going to end.  All they knew was their friend, with whom they had just shared a passover meal, was now dead. 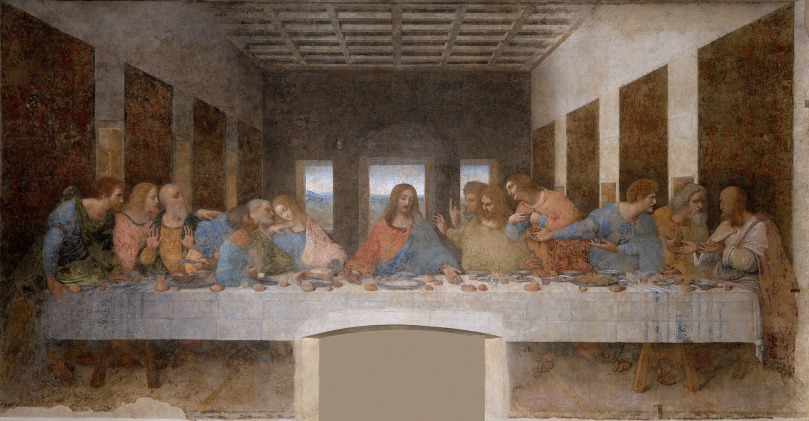 Recently in our Jr High ministry we talked about Communion.  It was so cool to be able to share the bread and juice with my small group of 7th grade boys after just hearing a message that clarified exactly what it meant.  The passover lamb, the sacrifice that had to be made, the blood on the door posts, the tie to the Old Testament account in Exodus, etc.

For the disciples it was just another passover meal with their closest friends.  For Jesus it was quite different.  He knew it was going to be the last of its kind.  He knew what was coming.  He was the sacrificial lamb of God. His blood was going to be the reason God’s judgment would pass over humanity.

Can you imagine after the resurrection and ascension of Jesus, what the disciples experienced during that second communion?

It was no longer a meal to remember passover, it was a meal to remember their friend. But He was more than that, now.  The disciples were finally beginning to piece together what Jesus had been saying all along.  I imagine they set out the meal, and then paused for a moment.  Feelings of awe, confusion, wonder, and anticipation were filling their hearts.

When they took of the bread, they were no longer remembering an old account of God rescuing the Israelites from Egyptian slavery.  They were remembering their friend, who days or weeks before had rescued humanity from sin, shame, and death.

And when they raised the cup, they weren’t just participating in a head-nod to the past…they were raising a glass to their friend.  A toast, if you will.  “Here’s to Jesus.”  Because even though Jesus was their friend, he had become much more than that.

Jesus was their King.

Back to top
Adam Mashni

Helping You Thrive in Life and Leadership

Hole in My Heart Ministries - Blog

Win at Work and Succeed at Life