It was a few months ago that I was invited to be a part of a team from Willow that would visit Israel/Palestine.  If I was honest, it was a bucket-list trip for me, and when I was asked it was hard for me to contain the excitement I was feeling.

What I didn’t expect was to feel overwhelmed with emotions due to my own heritage – being a Palestinian, with roots still in the West Bank (Ramallah).  Both sets of my Grandparents came from Ramallah, as immigrants to the USA.  My dad came to the states when he was 12.  My mom and her sisters were born in Kentucky as first generation Arab-Americans.  As Americanized as I am now – I’m the product of immigration.

Over the next few posts, I’d love to bring you into that trip – what I was thinking and how I was feeling, and how I’m still processing everything I experienced.  But to start, I want to introduce you to some of the people I met while there.

Meet Todd.  He’s the co-founder of the Telos Group.  An organization committed to spreading the “Pro/Pro/Pro” movement:  Pro-Israel, Pro-Palestinian, Pro-Peace.  It’s the organization that we went with – and their perspective has truly helped me change the way I think about the conflict between Jews and Arabs.  Oh…and that’s the Mediterranean Sea.

This is Jack, and our tour guide for a few of the days (forgot his name – my bad).  Jack works for Telos, and our tour guide gets contracted to show us around.  I post this, because all three of us are Palestinian, with roots stemming from Ramallah.  It’s incredible the connection you feel to someone you just met when you know you share the same heritage.

This kind man is from the Tent of Nations, a farm sustained by the Nassar family.  The Tent of Nations will be a separate blog post, but this man….oh, the joy he has for life, loving people and serving God.  He’s been through hell and back due to the conflict…but the smile on his face is genuine.  He’s also a Palestinian…and his face LIT UP when he learned I was as well.  It made the connection I was feeling already that much stronger.

And these people – the team I went with from Willow.  We laughed, we cried, we enjoyed great food, and we journeyed together through what it means to be “pro-humans” in a world that would try and convince us it’s better to create division.

Group shot on the Sea of Galilee (above on Shore, below on a boat). 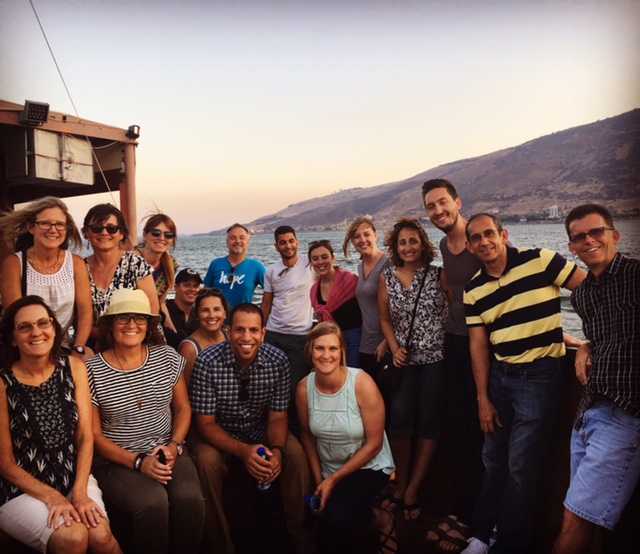 Group shot at the Tent of Nations.

2 thoughts on “Israel / Palestine: My Story”

Back to top
Adam Mashni

Helping You Thrive in Life and Leadership

Hole in My Heart Ministries - Blog

Win at Work and Succeed at Life